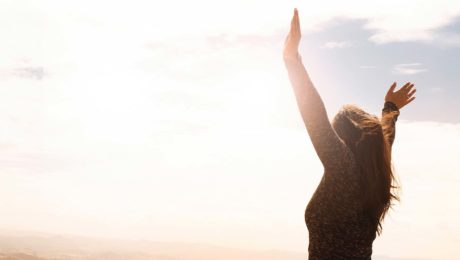 A study suggests that women age 50 and older who lost weight and kept it off have a lower risk of breast cancer than women whose weight remained the same.

Still, there are a number of concerns about the study:

The research was published online on Dec. 17, 2019, by the Journal of the National Cancer Institute. Read the abstract of “Sustained weight loss and risk of breast cancer in women ≥50 years: a pooled analysis of prospective data.”

Statistics show that more than 2 out of 3 adult women are overweight or obese. While we know that excess weight is a risk factor for developing breast cancer after menopause, there is not enough research to figure out if losing weight can lower that increase in risk. This is why the researchers did this study.

The analysis included more than 180,000 women age 50 and older from 10 studies in the United States, Australia, and Asia. The women’s weights were recorded three times over 10 years of the study:

A woman was said to have sustained weight loss if she lost more than 4 pounds between the first and second weight reports and didn’t gain it back by the third weight report.

Nearly 7,000 of the women were diagnosed with breast cancer during the study.

Overall, the results found that the larger amount of sustained weight loss, the lower the risk of breast cancer.

“Our results suggest that even a modest amount of sustained weight loss is associated with lower breast cancer risk for women over 50,” said Lauren Teras, scientific director for epidemiology research at the American Cancer Society and lead author of the study. “These findings may be a strong motivator for the two-thirds of American women who are overweight to lose some of that weight. Even if you gain weight after age 50, it is not too late to lower your risk of breast cancer.”

What this means for you

In addition to the concerns about the study, it’s also important to know that the study only shows an association between sustained weight loss and a lower risk of breast cancer. It does not prove cause and effect.

Still, the results of this study echo results from the Women’s Health Initiative Observational Study presented in 2017: Overweight postmenopausal women who lost about 10 pounds had a lower risk of breast cancer compared to women who didn’t lose weight.

In addition to lower breast cancer risk, losing weight also can help lower any inflammation in your body and also reduce your risk of heart disease and other conditions.

For more information on breast cancer risk and weight, as well as steps you can take to lose weight, visit the Breast Cancer Risk Factors: Being Overweight page in the Breastcancer.org Lower Your risk section.

Breast Cancer: What you need to know 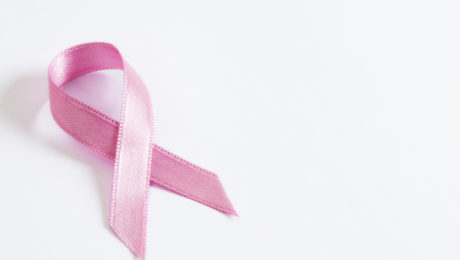 Cancer is a disease in which cells in the body grow out of control. When cancer starts in the breast, it is called breast cancer. Except for skin cancer, breast cancer is the most common cancer in American women.
Breast cancer screening means checking a woman’s breasts for cancer before she has any symptoms. A mammogram is an X-ray picture of the breast. Mammograms are the best way to find breast cancer early, when it is easier to treat and before it is big enough to feel or cause symptoms.

Some things may increase your risk
The main factors that influence your breast cancer risk are being a
woman and getting older. Other risk factors include—
• Changes in breast cancer-related genes (BRCA1 or BRCA2).
• Having your first menstrual period before age 12.
• Never giving birth, or being older when your first child is born.
• Starting menopause after age 55.
• Taking hormones to replace missing estrogen and progesterone
in menopause for more than five years.
• Taking oral contraceptives (birth control pills).
• A personal history of breast cancer, dense breasts, or some other
breast problems.
• A family history of breast cancer (parent, sibling, or child).
• Getting radiation therapy to the breast or chest.
• Being overweight, especially after menopause.